Welcome to the United Kink-dom!

In a country that has a musical called Kinky Boots and where Mary Portas, one of the country’s biggest clothing and retail gurus runs a website selling kinky knickers you can be sure there is lots of Fetish shopping to be done.

According to a survey by Furniture Market, Bristol is the bondage capital of the UK. And you can practise your bondage skills at SWAMP’s peer rope event every month. There are many other rope events in various cities as the bondage UK scene is massive.

The most famous Fetish club in England and now Europe’s largest is Torture Garden in London, holding regular events in different venues all around London and sometimes even beyond. Torture Garden is an essential visit for anyone in the London fetish scene.

Club XS is held at DV8 in Kent, 52 acres of land away from the general public on the last Friday of the month with a purpose-built dungeon and with two play areas you’ve got plenty of opportunities to enjoy kinky England!

Hoxton Dungeon Suite in London gives you a dungeon, a red room and all the luxuries you’d expect from a boutique B&B stay in the heart of the UK’s capital city.

Fetish clubs and other kinky events in UK

PUNISHMENT BLOCK Fetish Parties
4 September 2020, 19:00
The freshest and friendliest men only cp/spanking club in London. Grab your canes and belts or simply yourselves and pop down to our relaxed welcom...
Ted's Place - London - Greater London - UK 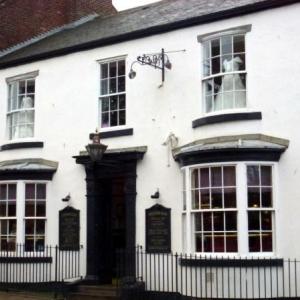 we look forward to welcoming you to FITZGERALDS

Great food and drinks deals for all and a canny atmosphere.
...

Need a Dominant male
Hi, I need a dominant male to push me beyond limits and give me the pleasure i deserve .. I need a man who is strong, hunky and can handle me without any fuss and give me the deepest throatfuck and hot good fucking.
Pro-Dom/me Session ● 28 to 35 years ● 10km around UK, London ● 14 minutes ago
Write for free Create free personal

Fetish clubs and other kink-friendly places in UK